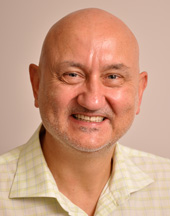 Dr Tony V. Stankevicius, otherwise known as “Dr Stan”, is one of the principal orthodontists at The Orthodontic Specialists.

Dr Stan has been a dentist for over 35 years and an orthodontist for the last 20. Born and raised in Adelaide, South Australia, he gained his initial dental degree at Adelaide University, and followed that with a Master of Business Administration while working full time in his general practices.

He finally gained his Doctorate in Clinical Dentistry (Ortho) and moved with his young family to Launceston to join this Orthodontic practice in 2003.

Dr Stan and his wife Birute live in Launceston. They thoroughly enjoy the local life, the locally grown produce that is available seasonally and the general Tasmanian environment in which they have brought up their twin daughters. They both enjoy time spent growing their own fruits and vegetables in the garden, which does take up most of the spare weekends.

Both daughters are currently studying at university, one having moved to UTAS in Hobart and the other at Adelaide University in South Australia.

Dr Stan gained his initial certification through The Australasian Orthodontic Board (AOB) in 2003, and has recently completed his definitive re-certification. The Australasian Orthodontic Board (AOB) emphasises continuing education, providing ASO/NZAO Members the incentive and means of improving and developing their orthodontic knowledge and skills throughout their professional working lives. 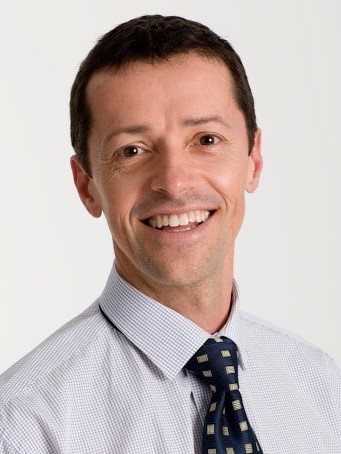 Dr David Peters is an orthodontist with three decades of experience in the dental industry. Coming from a family who often combined a love of science with a love of art, Dr Peters’ early interest in dentistry originated from his desire to blend science with aesthetics.

After earning dental qualifications from the University of Adelaide in 1988 and running his own general practice, Dr Peters completed his research thesis and orthodontic Master’s degree at the University of North Carolina’s School of Dentistry, consistently ranked as one of the top dental programs in the world. He then completed qualifications to practice privately in the United States and held a postgraduate teaching fellowship at UNC.

Seven years later, Dr Peters returned to Australia and led a specialist orthodontist practice in Victoria. He has taught clinical orthodontics at the Universities of Sydney and Melbourne. Dr Peters has a keen interest in the treatment of dentofacial deformities, and he stays up-to-date with the latest in evidence-based approaches.

Even outside the clinic, Dr Peters finds further ways to combine his interests with his drive to give back: an avid skier, he volunteers as a ski patroller. As well as spending time with his lovely wife and daughter, Dr Peters has retained a life-long passion for music and now plays the cello in the Australian Doctors Orchestra.

Our team is happy to answer any questions you may have about your Orthodontic treatment.

At The Orthodontic Specialists, our specialist orthodontists use modern technology to meet your individual orthodontic needs and complete your treatment with efficiency and stunning results.

To save waiting queues and to leave more time for you to ask questions at your appointment, please print and fill in our new patient forms.